HomeBitcoin News And ArticlesBitcoin NewsNew Hampshire Is Hip To Cryptocurrencies

New Hampshire Is Hip To Cryptocurrencies 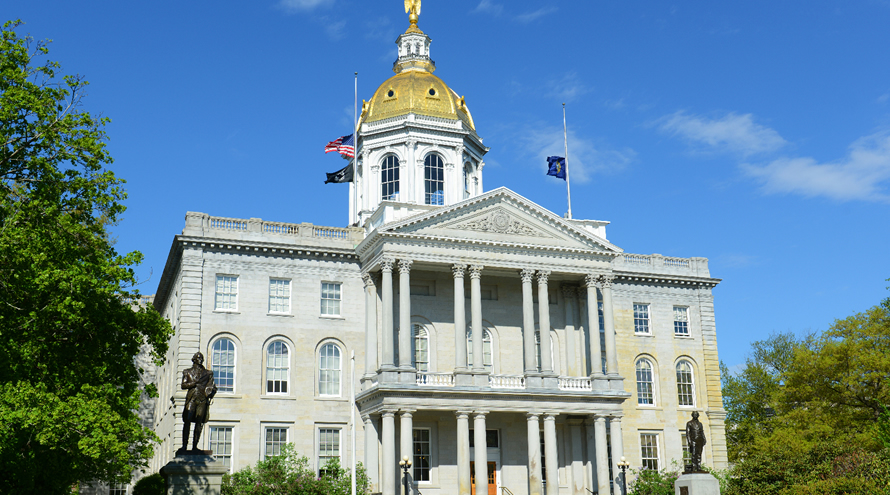 It seems that the governor of New Hampshire is a believer in cryptocurrencies. Governor Chris Sununu signed a bill into law on June 2nd of last year that will exempt digital cryptocurrencies like Bitcoin and Ether from some money transmission requirements. The decentralized currencies are defined by the state in as descriptive a manner as they could manage,

“Digital representation of value that can be digitally traded and functions as a medium of exchange, a unit of account, or a store of value but does not have legal tender status as recognized by the United States Government.”

It was first introduced in January by some representatives that have been reported to be early adopters and proponents of the use of decentralized currencies. The bitcoin bill’s sponsor was Rep. Barbara Biggie, and co-sponsors, Rep. John Hunt and Rep. Keith Ammon. Companies will no longer have to follow the strict regulations set down by the KYC and the AML organizations in the transfer of Bitcoin. With this bill “persons conducting business using transactions conducted in whole or in part in virtual currency” will no longer be subject to regulations concerning money transmission making Bitcoin and Ether a whole lot easier to use in the state of New Hampshire.

Despite having a heavier vote and getting passed into law, the bill didn’t go without its opponents. State officials were noted to have attacked the bill throughout public hearings in the state as things were leading up to the votes. They weren’t landslide wins either, the billed squeaked by the House of Representatives in a 180-170 vote and was passed by the State Senate in a 13-10 vote. The law is set to go into effect on August 1st, 2017.

It’s true that signing this bill into law for the state of New Hampshire is a big statement on the philosophy of the state’s officials as they relate to digital currencies. They are proponents and want to make trading bitcoin in the state easier. Other states, however, have made it progressively harder through regulation like the ones this bill thwarts for digital currencies to gain any real ground.

BitFinex is self-proclaimed as “the world’s largest and most advanced bitcoin trading platform” and recently withdrew their services from Washington state residents after the legislation started to cause problems. The Department of Financial Institutions in Washington had begun mandating the acquisition of licenses for money transfers that were apparently too expensive for the digital currency to take. They pulled out of the state in March.

Another Bitcoin exchange, Coinbase, has also been forced to exit a US state because of similar legislation. Coinbase was required by The Hawaii Division of Financial Institutions to sustain cash reserves of the money that was being trading by their customers. Because this is nearly unfeasible regarding the essence of digital currency, The Hawaii Division of Financial Institutions effectively kicked Coinbase right out of their state. Now that house bill 436 has been signed into law, residents of New Hampshire can rest assured that their use for the new wave of digital cryptocurrencies is not going to be stopped in the same manner.

While the application to online gambling is probably not on the forefront of lawmakers’ initiatives here, it is certainly a potential perk of embracing the cryptocurrency concept. Digital currencies such as Bitcoin, Litecoin and Ether have become a popular form of payment for individuals engaging in gambling entertainment online. Though not all of the premium legal gambling sites are accepting Bitcoin yet, its presence is growing throughout the industry with online casinos, poker sites and sportsbooks starting to integrate Bitcoin into their banking suite.

As Bitcoin establishes a growing presence in the global market, we will likely see it become a viable US friendly payment solution for multiple ecommerce platforms, including offshore online gambling sites that accept Bitcoin and potentially at state regulated destinations such as the online casino and poker sites in NJ, NV and DE. The currency is already widely used by the International gambling industry, and is finally starting to gain momentum in the Untied States.