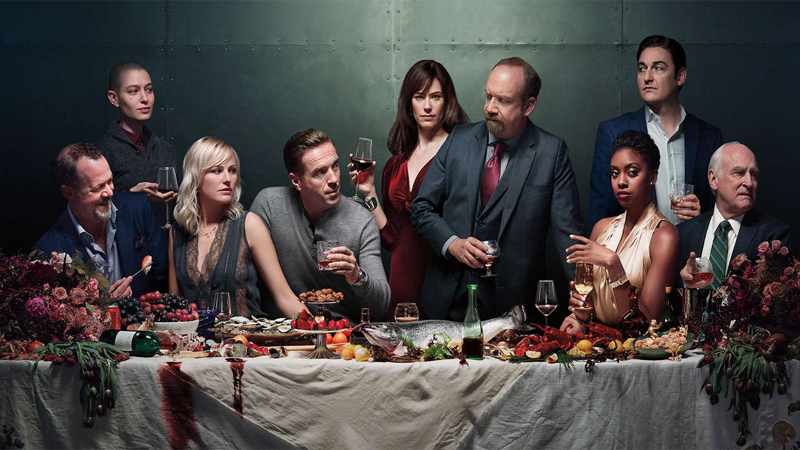 In 2017, cryptocurrencies became one of the most talked about potential investment opportunities in the world. People from all over became fascinated with the new technology and the idea of a potential worldwide currency. Financial experts and self-declared crypto experts began arguing about the market validity as we watched Bitcoin rise and fall into 2018. Bitcoin was the first cryptocurrency and it introduced us to blockchain technology, which is used in other forms of cryptocurrencies. Bitcoin paved the way and is still the leading digital coin on the world market. Since its conception Bitcoin has opened doors for other cryptocurrencies such as Ethereum, Dash, Litecoin, and many others. Recently some retailers have started accepting various forms of crypto, slowly validating it as a world currency.

Today we have seen more and more influential people reference cryptocurrencies and now it is making its way from our online news feeds to our television screen. Showtime’s hit television series “Billions” referenced crypto on the show, in a recent episode. The scene uses the term cryptocurrency and is referring to an individual paying for his services in crypto. After watching the show, and the scene where crypto is referenced, it seems to me that they are portraying the term to insinuate an untraceable currency. Crypto is untraceable in the fact that once it is purchased it is virtually impossible to identify the owner of the digital coins, aside from a randomly generated address.

If you think about it, crypto is a perfect topic for Hollywood in the fact that most everyone has heard of it and not many people fully understand it. That leaves the door open for producers to mold it into their story however they want for their scenes. The only concern is how are they going to portray it to the public? Hollywood has always had a big impact on our culture and with shows like “Billions” referencing cryptocurrency tied to illegal or criminal activity, they could paint the digital currency in a negative light for no other reason than to sensationalize movies or television shows.

This could have detrimental effects on consumer opinion of digital currencies and harm the industry in the long run. It’s great that crypto has made its way onto television, but investors should be concerned about how Hollywood can steer the public’s opinion. “Billions” stars Paul Giamatti and Damien Lewis and deals with wealth, influence and corruption, new episodes are aired on Sunday at 10 pm on the Showtime network.

Crypto can transfer money instantaneously, with little to no wait times when moving crypto. This is huge when it comes to funding, withdrawing or transferring funds. Since there are no financial institutions to wait on, crypto can be traded among people or entities faster than traditional methods. Online gambling sites were among the first to accept Bitcoin and other forms of digital currency and now it is becoming more and more common to see online bitcoin casinos.

When playing online casinos and online sportsbooks, cryptocurrencies rid most of the fluff associated with wait times and currency conversion, making it a faster more viable option for many online players. Our research has discovered that most of the reputable online gambling sites will accept some form of crypto, usually Bitcoin, Litecoin or Ethereum. Gamblingbitcoins.net has further information on the best gambling sites that will accept crypto-users.

Cryptocurrency has already had its 15 minutes of fame but now it is making its way into our daily lives. I expect to see more crypto references in the near future and wouldn’t be surprised if Hollywood associated digital currency with organized crime or other illegal activities. I hope that we see digital currency associated with a more positive influence in Hollywood since most crypto users have no association with organized crime or illegal activities. Either way, crypto is now a part of our society and will soon be referenced on television again and eventually on the big screen.